Why the world may loose sleep over North Korea’s H-Bomb, The health Hazard 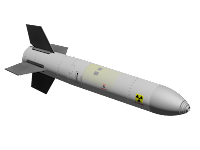 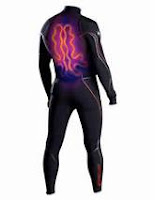 According to a quote from an author Percy Shelley

“Oh, cease! Must hate and death return?
Cease! Must men kill and die?
Cease! Drain not to its dregs the urn Of bitter prophecy.
The world is weary of the past.
Oh, might it die or rest at last”
Some nuclear expert’s tried to estimate the consequence of a nuclear war;
If two nations like the united states and Russia were to detonate less than 10 percent of its total nuclear arsenal over each other’s largest cities, the least damage that will be done will be;
When North Korea announced that it had successfully tested a hydrogen bomb on Wednesday, the entire globe seem to have lost sleep because the threat and potential consequences of a hydrogen bomb may blow your mind.
However, we do not have to worry only about the Koreans, or the five permanent United Nations Security Council members (US, UK, Russia, China and France), who are known to posses and check the development and possession of nuclear weapons, rather we should be concerned about the rise in terrorism and the use of bombs.
The CIA reported to congress, in the 1990’s, how that the infamous Osama Bin Laden attempted to acquire nuclear devices, yet more groups emerge.
What is a hydrogen bomb?
Fox News referred to it as the “nuclear weapons nuclear weapon”. It is a thousand times more powerful than the “A-bomb” (atomic bomb) used by the American forces on Hiroshima and Nagasaki in 1945 with over 200,000 deaths.
Simply put, the H-bomb (hydrogen or thermonuclear bomb) is a combo of two bombs, the A-bomb (which functions as the trigger of the H-bomb) and the H-bomb, thus leading to a twin explosion which occurs virtually the same instant
.
A high level of heat is required to initiate the process for the atoms to smash together and start a nuclear chain reaction hence it is also referred to as thermonuclear weapons.
The extent of damage may depend on the distance from the centre of the bomb blast also referred to as hypo center or ground zero. The closer you are to the ground zero, the more intense will be the damage.
Heat, pressure and radioactive fallouts are major causes of the damage from such explosions. Temperatures at ground zero may be as high as 300,000,000 degree Celsius or 500,000,000 Fahrenheit leading to immediate vaporization of everything.
Causes of injuries in an explosion
Persons far from the immediate blast premise may become casualties owing to heat waves, fire resulting from the heat wave or radiation impact.
Effect of radiation
Signs of exposure to radiation
Treatment of Radiation exposure
At least 95% of external radioactive materials can be removed from an infected person if detection and decontamination is carried out early enough.
Decontamination can be done by
In case of exposed cut or wounds on the victim’s body, irrigation is often used to clear any trace of radioactive substances and In the event of intense contamination of wound that are unlikely treatable, medical personnel may decide to amputate limbs.
When the radioactive substance is inhaled
When internal organs and tissues are infected;
In order to compel the tissues to release the harmful isotopes in cases where the radioactive materials has infected internal body organs and tissues, victims may be given:
Terms of Use