Some Pets for Kids may result to Salmonella 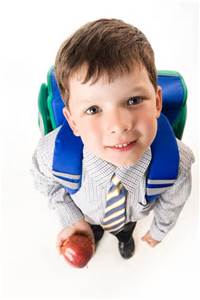 CDC estimates that approximately 1.2 million illnesses and 450 deaths occur due to non-typhoidal Salmonella annually in the United States.
Salmonella outbreak found in 41 states, Washington, D.C., and Puerto Rico, according to new report released by CDC. Eight cases of salmonella outbreaks recorded between 2011 and 2013, causing 473 illnesses across the united state.
According to research reports, small turtle’s cause’s salmonella infection and it is mostly found in children. It is reported that turtles, less than 4 inches long, remain popular pets in the US, despite been banned as pets in the United States since 1975, they are still available for education, display or research purposes. In addition, they are been sold illegally as pets in many states.
What is Salmonella?
Salmonella is a bacteria that makes people sick and causes illness for over 125 years. Most people infected with salmonella develop diarrhea, fever, and abdominal cramps between 12 and 72 hours after infection. The illness usually last between 4 to 7 days. Individuals may recover without treatment, but in some cases diarrhea may be severe enough to get the patient hospitalized.
Who is at risk?
Salmonella is reportedly a significant public health issue and may result to death, if the infection spreads from the intestines to the blood stream and to other body sites. Elderly people, infants, and those with impaired immune systems are more likely to have severe illness.
According to the CDC, The illness usually lasts four to seven days, and most people recover without treatment, the CDC says. In some cases, diarrhea may be so severe that the patient needs to be hospitalized. In these patients, the salmonella infection may spread from the intestines to the bloodstream and then to other parts of the body.
In such cases, salmonella can be fatal unless the person is treated promptly with antibiotics. The elderly, infants, and those with impaired immune systems are more likely to have a severe illness, according to the CDC.
As reported by Dr. Otto Ramos, director of the division of pediatric infectious diseases at Nicklaus Children’s Hospital in Miami, many kids suffering from salmonella are admitted to the hospital where they are treated with antibiotics. “It’s a major problem,” he added.
About 280,000 illnesses were recorded annually and linked to turtles prior to the ban, however a new report was published online in the journal Pediatricson Dec. 23 and according to the publication;
4 years was the median age of those sickened by the tiny turtles. Over one-quarter of the children have the need to be hospitalized.
In the CDC report, 68% of the patients were reported to have had contact with the turtle in the week before getting sick. Among these, 88% of patients, reported contact with a small turtle.
Only about 15 % of patients or their caregivers knew about the link thus indicating that few people are aware that turtles carry salmonella.
How is Salmonella Contacted?
According to the study, you don’t actually have to hold the turtle or touch its aquarium or water to get sick, but cross-contamination of surfaces can cause illness as well.”Contact with surfaces the turtle had touched, e.g turtle tank or countertops or sinks where the tank was cleaned.
Note
Most people infected with salmonella develop diarrhea, fever and abdominal cramps between 12 and 72 hours after infection.
Is there any Long-Term Effect of Salmonella Infection?
According to the centre for disease control, people with diarrhea due to a Salmonella infection usually recover completely, however it may take several months for their bowel habits to normalize.
Reactive arthritis: some persons with salmonella may develop pain in their joints and can develop irritation of the eyes and painful urination. This can last for months or years and can lead to chronic arthritis, which may be difficult to treat.
Antibiotic treatment of the initial Salmonella infection does not make a difference in whether or not the person develops arthritis
Advice
Source: Health Day News, WebMd, CDC (The U.S Centers for Disease Control and Prevention)
Terms of Use

News
Bone loss is higher in physically inactive.life styles
Why some exercises may be harmful to your health