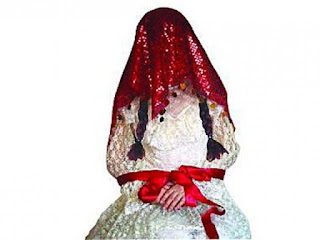 At least 3 million women in poor countries have unrepaired VVF and about 30,000-130,000, new cases are recorded annually in Africa.
VESICOVAGINAL FISTULA (VVF)
When we speak of the medical condition affecting millions of girls and young women who are consequently been abandoned by their husbands and avoided by their families, we often attribute it only to sexual abuse or coital injury in child brides forced into early marriage commonly found in developing countries.
However, it is important for women and even their men to know that there are other causes of vaginal fistula.
What is VESICOVAGINAL FISTULA?
VVF is a devastating injury in which abnormal opening forms between a woman’s bladder and the vagina, this may lead to continuous involuntary discharge of urine into the vaginal in such a way that they are constantly soiled and wet and hence they smell.
Common Cause of VVF
The causes of VVF includes;
However, obstructed labour, which is the most common worldwide cause of VVF, occurs when a woman cannot deliver her baby through her birth canal because of a discrepancy between the size of the fetus and the space available in her pelvis. This means that if the passenger will not fit through the passage, a pelvic impasse results.

It is true that VVF is a prevalent problem in developing countries where girls grow up malnourished or are involved in early marriage. In such circumstance, they become pregnant before they attain full pelvic growth as result the fetal head is forced tighter and tighter in the birth canal (pelvis), and this could result into massive damage in the woman’s birth canal.
In addition, in such environment, effective intervention may be delayed and these women might suffer prolong labour for as long as 4 or 5 days.
Vaginal fistulas are much more common in these developing countries where women suffer from poor or lack of health care. After days of pushing a baby that does not fit through the birth canal, very young mothers can have severe vaginal, bladder, or rectal damage, sometimes causing fistulas.
Treatment of VVF
This problem can be solved by caesarian delivery and it depends on the stage at which the patient comes in for care after the incidence.
Most women present months or years after their injuries because of poor shortage of accessible health services in areas where fistulas are prevalent.
Conservative Management
This is done by continuous bladder draining with indwelling catheter which can allow spontaneous closure of the fistulas. This is done if the fistula (hole) size is <2cm and patient present within first 3 months after injury.
Surgery
This is usually done 3 months after the birth injury. The ultimate goal of surgery is to restore normal function of the lower urinary tract and any other pelvic structures affected.
Psychological damage arising from VVF is an important area to be addressed. The psychological circumstances in which these women find themselves as a result of having sustained VVF can be even more devastating than the physical injuries themselves. Depression, anxiety and other forms of mental illness should be equally taken care of.
Husbands and family members may be supporters and compassionate to these women.
Prevention
The aim is to restore dignity of millions of girls and women living in shame and poverty. Preventions can be achieved through;
·         Enhancing public awareness.
·         Expanding access to emergency obstetric services.
·         Creation of fistula repair centers.
·         Raising the priority of women’s reproductive health in countries and agencies.
Terms of Use