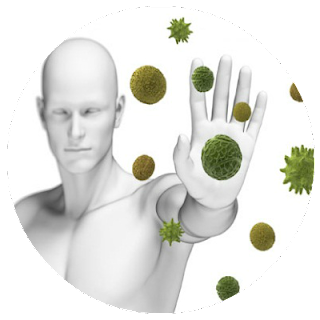 contd from: Company targets can boost your immune

The study that was designed to draw out the different effects that active and passive coping might have on the body’s defenses. It presents some of the strongest evidence yet that certain kinds of stress can promote good health.

The experiment was carried out on a group of 34 male undergraduate students who were exposed to two different stressful experiences.
1.     A timed memory task that required the students to memorize some given material and take a subsequent 12-minute test.
2.     In the second activity, the subjects were shown a gruesome 12-minute video on surgical procedures.In both forms of stress which are considered acute, rather than chronic, participants were actively engaged in the memory task whilst the those watching the video, watched passively.
The Findings
To examine the effect of these stresses on the immune system, the researchers studied the concentration of certain defense proteins in the saliva of the subjects.
These proteins – known as immunoglobulins – are also contained in body fluids that make up the protective outer film of organs such as the lungs.
The deployment of these immune factors inside the human body constitutes what biologists call the secretory immune system – the first line of defense that pathogens have to cross before invading tissues.
Whilst the memory task caused an increase in the salivary concentration of a major immune factor – the SIgA or secretory immunuglobulin A, the video lowered SIgA levels in the saliva.According to the researchers, “It appears that the stress from engaging in the memory task activated the subjects’ immune system, whereas the stress from watching the video caused a down regulation (or weakening) of immunity,”
The results suggest that deadlines and challenges at work could be a good thing. “Even being annoyed about something, particularly if it is for a short time, could help strengthen the body’s defenses,” Bosch said.Being exposed to violent scenes on television, on the other hand, may suppress the immune system. The continuous replays of the World Trade Center towers’ collapse on September 11, Bosch said, were a likely example.
While analyzing saliva samples, the researchers also measured the concentration of a molecule that is responsible for transporting immunoglobulins from their site of production to the saliva. Defense proteins bind to this molecule – called secretory component (SC) – and are carried by it into the protective fluids of the secretory immune system.
SC concentration increased during both the memory task and the video viewing. For the memory task, the researchers could not conclude if the increased availability of SIgA was a result of higher production of the immune factor or the result of increased flow of SIgA into the saliva.
“The greater abundance of transporting molecules means there could be higher amounts of SIgA in the saliva just from increased transportation activity, even without an actual increase in the production of immunoglobulin”.
During the video, however, there was a dip in salivary immunoglobulin in spite of increased SC concentration. This indicated that exposure to the video suppressed the production of defense proteins by immune cells.
To take it further, the researchers propose to investigate the mechanisms underlying the immunological effects of active and passive coping.
Terms of Use

Health Digest, Lifestyle, News
3 things you do daily that could put you at risk of diabetes and ….
Company targets can boost your immune