How Parents Can Get Teens to be More Sex Cautious 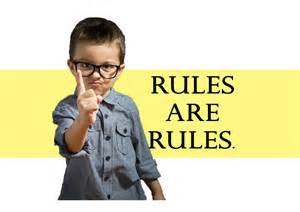 “Our brains have been conditioned to look for rules. We’re taught them in school, at work, and by our parents, and we can make many good decisions by applying the ones we’ve learned” Harvard review

Are teens really more cautious about sex If parents set rules ? And 3 things parents can do. Read on

In a research report published on Monday, Nov. 30, 2015 by HealthDay News, teens are said to  be more cautious about sex If parents set rules while kids tend to delay sex if mum and dad keep an eye on what they’re doing and who they’re with.
According to statistics released in the research report  “In 2012, people aged 20 to 24 had the highest rate of new infections with HIV, the virus that causes AIDS. According to authors of this study, statistics suggest that hundreds of thousands of U.S. teens become pregnant each year, and more than 75 percent of the pregnancies are unplanned”.
The new analysis suggests that parents who set rules and monitor their teenagers may have kids who are more cautious about sex. A major question that tends to be addressed by the research is about how parents can convince their children to engage in less sexual activity, especially risky unprotected intercourse.
According to the co-author of the report Vincent Guilamo-Ramos, co-director of the Center for Latino Adolescent and Family Health at New York University’s Silver School of Social Work, “Parents really matter, and they’re influential,” Results of 30 studies from around the world were combined and analyzed to determine the effects of parental activities such as knowing what kids are doing or setting rules for them.
Aim of study
To see whether the kids of more watchful parents were more likely to skip sexual activity — defined in different ways — or use birth control.
The investigators found that kids whose parents set rules and monitored them and those whose parents kept an eye on what they were doing and who they were with, had sexual intercourse later in life.Those, whose parents monitored them, were also more likely to use condoms and other forms of birth control, but making rules didn’t seem to have an effect on that front.
According to the report”When kids are sexually active, it’s less about setting clear rules and more about having a better relationship and better communication,” Due to the designs of the studies, the researchers could not tell if parental monitoring or rule making directly caused kids to be more cautious about sexuality.
But I had like to make reference to a research report posted on the Harvard review (Jan – Feb 2015 edition) titled “rats can be smarter than People”. https://hbr.org/2015/01/rats-can-be-smarter-than-people

Report from the research indicate that humans learn by rules and by information integration
“Our rule-based system was an evolutionary development: How do you tell if a berry is good for eating? You learn that this small red one is good, and then you save energy by passing the ones of a different shape or color”.
According to the Harvard review, “our brains have been conditioned to look for rules. We’re taught them in school, at work, and by our parents, and we can make many good decisions by applying the ones we’ve learned”.  Finally, the review added that “there’s a great deal of evidence showing that humans have a harder time learning how to integrate information, because they seek rules even when there are none”.

According to the new report, previous research shows that parental monitoring works and this is an indicator to parents that monitoring is effective, hence parents can do three effective things to delay sexual activity in teens”:

i.            They can model good behavior in their own actions,
ii.            communicate with their kids,
iii.             In addition, keep an eye on them.
The report also added that “It is applicable to driving “Parents should communicate to their kids
i.            The need for safety driving
ii.            the family rules for driving, and
iii.            The consequences of unsafe driving and also monitor and control the keys.”
“How do these kinds of parental strategies actually affect kid’s action?”
Khurana said that Based on a theory, the report believes that awareness and rules are “an indicator of positive and supportive family climate that protects teens from negative outcomes.
Also, parents who solicit information from their teens about their friends or whereabouts send an implicit message to their teens that they care about them and their well-being.”
CAUTION; The downside

According to the findings “Research has also shown that firm parenting can backfire when kids see it as too controlling, Khurana said. In these cases, kids may rebel. “Parents have to be mindful of their child’s growing autonomy needs,” she said. Guilamo-Ramos said it’s important to avoid being unfair and harsh. “When it starts to get problematic is when it’s controlling and doesn’t reflect that young people have to weigh in and provide their perspective,” he said

News
MedSwitch Health Connect: Getting started for a hectic day;Check these out;
When Was The last Time You Added A Memory Stick?