How parents can aid brain formation in babies 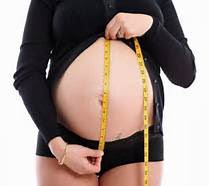 .The formation of brain in a child may be a once in a life time.

This is because the development of the brain of a child is largely completed during the stay in the mother’s womb, the impact of dietary deficits is likely to affect the brain more significantly compared to the effect on other organs of the body.

The study was done to look at the role of dietary fatty acids – omega-6 and omega-3 – in the developing fetuses using rat specimen. The study also looked at the effect of the change in ratios of omega oils.
But this is why you need Omega oil
Tips on the importance of omega-3 and 6 fatty acids
Both omega-3 and omega-6 are considered essential fatty acids reason been that they cannot be generated by the body itself, hence they must be taken in through the diet.
The roles of omega oils in the body include;
Research has shown tremendous benefits of omega-3 to pregnant women.
§  Omega-3 oils increases the rate of brain growth in the fetus and throughout the first year of life.
§  It has a role in determining the length of gestation.
§  It helps in staving off depression before and after child birth.
§  It aids development of the eyes.
Sources:

Omega-3 oils are found in marine fish. Common forms are docosahexaenoic acid (DHA) and eicosapentaenoic acid (EPA) and omega-6 is mostly found in seed oils.
How much of omega-3 and 6 fatty acids do you need?
The study showed that when deprived of omega-3, uncorrectable visual and behavioral changes that could not be rectified by healthy diets after birth was noticed in animal fetuses.
Research Method
In the research, Pregnant rats were fed with a diet rich in omega-6 and poor in omega-3 and others fed with balance ratio of omega -6 and 3 as commonly found in standard diets globally. When the rats put to birth, it was observed that;
§  Offspring’s whose mothers were fed with diets rich in omega-6 and poor in omega-3 showed significantly smaller brain compared to those whose mothers were fed with a balanced diet containing equal amounts of omega-3 and 6 oils.
§  Offspring of rats fed with varying amount of omega-3 and 6 oils exhibited changes in emotional behavior.
§  Offspring of the mothers fed with low omega-3 showed increased anxiety in adulthood, despite been supplied with healthy diet from birth.
It is recommended that omega-6 and omega-3 should be consumed at equal amount about 1:1 ratio
Due to fears of mercury poisoning, reduction of the amount of marine fish eaten in U.S diet may have been justified, with skewed ratios of about 16:1
However, the US Food and Drug Administration recommends 8-12 oz of fish weekly for women in the U.S, as this will help to maximize the positive influence of omega-3 and minimize the risk of mercury-based concerns.
The study was done at Tohoku University’s School of Medicine in Japan and led by Prof. Noriko Osumi. Published in the journal stem cells.
Terms of Use