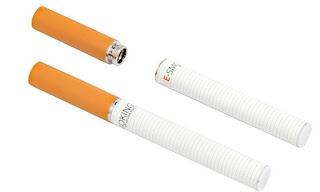 Most flavored electronic cigarettes and liquids may contain chemicals associated with a dangerous respiratory condition (According to research by the Harvard T.H. Chan School of Public Health,) At least one of three potentially harmful chemicals was found in 47 of the 51 types of flavored electronic cigarettes (e-cigarettes) and e-juice tested by the researchers.
According to the new study published in Environmental Health Perspectives, there are well over 7,000 kinds of flavored e-cigarettes and e-juice available for purchase, yet not much is known of the exposure to flavoring chemicals.
Flavoring chemicals are very volatile, they can evaporate into the air from their liquid or solid form and can be easily inhaled. They can also be inhaled in the form of a powder if airborne dust is created in the production process.
Many of these chemicals are highly irritating to the eyes, respiratory tract, and skin. Pop corn workers are routinely exposed to these flavorings or their chemical ingredients. This can lead to severe lung diseases.
After reports of severe bronchiolitis obliterans  surfaced in the early 2000s , flavoring chemicals came under scrutiny. Bronchiolitis Obliterans  is a harmful respiratory condition that can, in severe cases, only be treated by lung transplant – among workers at a microwave-popcorn processing plant.
This development of this condition is associated with the inhalation of butter flavoring chemical mixtures and referred to as “popcorn lung,” .
The most prominent was diacetyl, diacetyl and other related flavoring chemicals are used in many other flavors beyond butter-flavored popcorn, such as alcohol flavors, fruit flavors and also candy-flavored e-cigarettes as discovered by the study.
Potentially harmful chemicals found in 92% of flavors tested.
Prof. Allen and his team hypothesized that these compounds were likely to be found in flavored e-cigarettes, and so they set out to test 51 types of flavored e-cigarettes and liquids sold by leading brands for each of the three chemicals.
Testing was conducted by placing the e-cigarette inside a sealed chamber where a device would draw air through it for 8 seconds at a time, followed by a rest period of 15-30 seconds. The researchers then analyzed the airstream in the chamber for the three chemicals.
Diacetyl was found in 47 of the 51 flavors tested. Acetoin was detected in 46 of the flavors, and 2,3-pentanedione was found in 23 of the flavors. In total, 92% of the flavors tested contained at least one of the three chemicals.
Surprisingly, the researchers found that “tobacco” and “menthol” flavored e-cigarettes contained diacetyl, despite the fact that these flavors are not on the Occupational Safety and Health Administration’s (OSHA) list of flavors that likely contain the chemical.
The researchers conclude that due to the associations between diacetyl and severe respiratory diseases, urgent action is recommended to further evaluate exposure to the chemicals via e-cigarette use.
“In addition to containing varying levels of the addictive substance nicotine, they also contain other cancer-causing chemicals, such as formaldehyde, and as shown by the study, flavoring chemicals that can cause lung damage. These flavorings may be particularly appealing to children and teenagers, with some advertised with names such as Cupcake, Cotton Candy, Fruit Squirts and Alien Blood.
Despite being infamous, e-cigarettes are not regulated even in the US at present, what can we say of developing nations of world.
Terms of Use

Health tips
Reasons Why You Are Not There?
Computer Positions And Your Health