Crash of A Democrat’s Career Blamed on Hair Loss 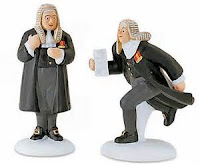 Mark Oaten is a British former politician who was a senior member of the Liberal Democrats. He served as the Member of Parliament (MP) for Winchester from 1997 to 2010. Born in Watfordon the 8 of March 1964, Hertfordshire, Oaten became a councilor in local government, joining the centre-left Social Democratic Party, which merged with the Liberal Party to form the Liberal Democrats. He became the party’s Home Affairs spokesperson in 2003.
He stood for the position of Leader of the Liberal Democrats in 2006, but withdrew from the contest when he was hit by a series of scandals which also led to his resignation as Home Affairs spokesperson.
On 21 January 2006, Oaten resigned from the Liberal Democrat front bench when it was revealed by the News of the World that he had hired a 23-year-old male prostitute between the summer of 2004 and February 2005.
The newspaper also alleged that Oaten had engaged in ‘three-in-a-bed‘ sex sessions with two male prostitutes. Further allegations surfaced in the media over the following days, including an accusation that he had asked one of the prostitutes to engage in an act of coprophilia.
At the time the, 45-year-old blamed his ‘error of judgment’ on dissatisfaction with politics and going prematurely bald. He withdrew from the leadership race and has agreed to stand down at the next election. Following his retirement from active politics, Oaten published two books. In the book, the Winchester MP writes about how he believes his affair was an attempt to recapture his youth.
Dealing with the psychological Effects of Hair Loss
Terms of Use

Stories
What Do You Call It “poisoning” or “Deep Vein Thrombosis”?
Rate of smoking may be equal to hair loss.