Could the “Lion, Messi” be suffering from fear, anxiety or Kidney issues- Why throw up? 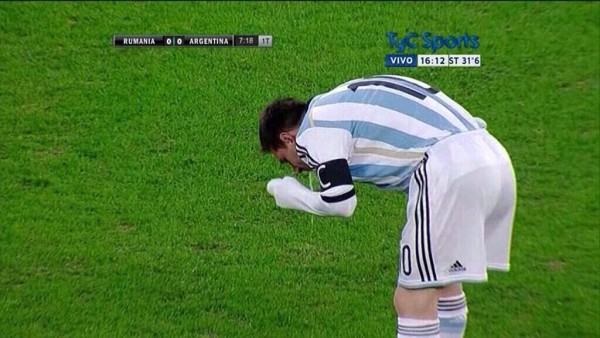 Experts say fear, anger, disappointment or anxiety and stress about forthcoming event can provoke such a colic.
Following report of the inability of Barcelona forward Lionel Messi to feature in the Club World Cup in December due to renal colic, a confirmation by his club reports that he would be tested again this week.
Contrary to reports that Lionel Messi  is to undergo surgery as a result of his kidney problems, reports from other news sources suggest that the reports are untrue.  The source told Goal. “He will just undergo some tests and treatment because of the renal pain.”

In Jun 12, 2014, it was reported that Lionel Messi’s tendency to vomit before and during football matches raised concern among fans and experts. Messi was seen vomiting and then receiving a tablet, however, his father Jorge Messi looked to dismiss fears and said it was nothing to be concerned about.

Messi was seen vomiting and then receiving a tablet from the bench during Argentina’s 2-0 victor over Slovenia in a warm-up match. He was also seen vomiting in a friendly match in March against Romania as well as in a Supercopa game for Barcelona against arch-rivals Real Madrid in 2011.
What was the reason for Messi’s vomiting?
The retching was attributed to the pressure of professional football. Messi’s father said that all the doctors in Barcelona report that there is no need to be concerned because it is happens to other great athletes in other sports too. ‘It is a bit about the stress, or a little stomach problem they claimed.
Is it possible to vomit because of stress, fear and anxiety?
According to medical professionals stress, fear, and anxiety can cause the body to function abnormally resulting in a number of stomach and intestinal distresses including nausea, vomiting, bloating, diarrhea, constipation, and even Irritable Bowel Syndrome. Stress and fear cause extra adrenaline to be released in the body causing an imbalance in your digestive system. 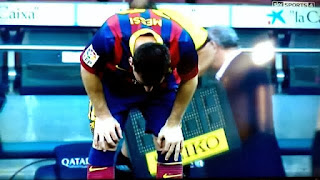 Could Messi’s initial vomiting be linked to renal colic report?
Few months after Messi’s vomiting was explained away, it appears the real issue is beginning to unveil itself following report of the inability of Lionel Messi to feature in the Club World Cup in December due to renal colic and a confirmation by his club that he would be tested again during the week. 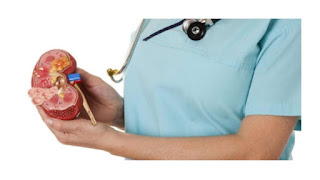 What is renal colic?
Renal colic may cause severe pain in your lower back or sides. Renal colic may start quickly, come and go, and become worse over time.
Medical experts say various factors may provoke a renal colic; psychic factors such as fear, anger, disappointment or anxiety and stress about forthcoming event can also provoke such a colic.
Some of the signs and symptoms that may occur with renal colic may include;
·        Nausea and vomiting
·        Severe low back, abdominal, or groin pain
·        Pain when you urinate
·        Feeling the need to urinate often, or right away
·        Urinating less than what is normal for you, or not at all
·        Fever

Renal colic is caused by a blockage in your urinary tract. The urinary tract includes your kidneys, ureters, bladder, and urethra. Ureters carry urine from your kidneys to your bladder.
The urethra carries urine to the outside when you urinate. The most common cause of a blockage in the urinary tract is a kidney stone. Blood clots, ureter spasms, and dead tissue may also block your urinary tract.
Some other factors responsible may include alcohol, heavy food, overeating, constipation, flatulence, chilling and overexertion.
In line with other expert opinion, reports from a medical practitioner in India shows that attacks of renal colic are often minimal in warm months  when people drink more water..
Useful Expert tips
1.      To avoid the tendency for stone formation, avoid vegetables high in oxalciacid like ginger, spinach, tomatoes, aubergines etc.
2.     Ensure that the stool is regular.
3.     Avoid constipation by taking fibre rich food,
4.      Exercising regularly
5.     Drink enough fluids. Although beer drinking may help flush out the stone in the bladder, beer can be addictive and have its own side effects. Hence it recommended to drink water, lemon water or barley water. Also consult your care provider.
6.     Avoid eating too late or at irregular hours
7.     Avoid eating too much and do not mix eating and drinking
8.     Whisky, wine, brandy bear must be avoided
Terms of Use

Health and Entertainment, News, Sport and Excercise
Just 1 way to deal with your stinky feet
Cabbage Soup is effective for fast weight loss -The 7 things you must know