Could Being Black or Poor Be Associated with Asthma in Kids? 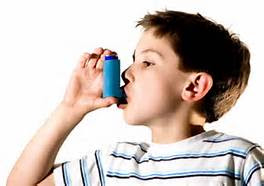 According to research and data analysis by the U.S. Centers for Disease Control and Prevention’s, the rate of asthma in children appear to have declined, but asthma prevalence is still on the increase among children living in poverty”. The trend was observed amongst kids aged 10 to 17 from poor family
Though the statistics used could not pinpoint the reasons why changes in asthma rates are happening, however, several researches on poor and middle income countries tend to validate the analysis.
According to data analysis, in 2001, the asthma rate was 30 percent higher among black children than white children compared to that of 2011 where asthma rate was 100 percent higher among black children than white children.
The researchers of the study used data from the 2001 to 2013 National Health Interview Survey to analyze the prevalence of asthma in children from birth to the age of 17.
The researchers found out that not all groups of children had the same trends.
Whilst children who are living in families with income below the poverty level and those aged 10 to 17 experienced increase asthma rates between 2001 and 2013, children aged 5 to 9 years and children living just above the poverty level experienced an increase in trends and then leveled out.
According to the research, Puerto Rican children recorded the highest prevalence of asthma compared with all other groups. The prevalence of asthmaremained the same from 2001 to 2013 among white and Puerto Rican children.
Black children were more likely to have asthma 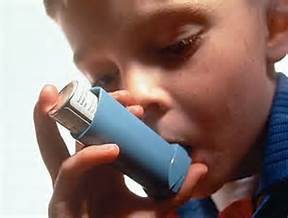 The researchers found that asthma rates in children increased from 2001 to 2009, and heightened in 2009 at close to 10 percent. The rate then leveled off before dropping to slightly more than 8 percent in 2013.
According to the analysis, “the increase in disparity between black and white children is seemingly being reduced. And this showed that black children were disproportionately at risk for poor asthma outcomes because they were more likely to have asthma”.
Reasons for increase asthma prevalence
“Possible explanation given to the increase in asthma rates among poor children may be due to greater or more persistent exposures to environmental factors that increase the risk for asthma conditions. Environmental factors are much more likely than genetic factors to have caused the large increase in the numbers of people in the world with asthma. They include:
§  tobacco
§  smoke
§  mold and mildew
§  pet dander
§  dust mites
§  cockroaches and
§  Smog
§  stress
Occupational exposures
According to global asthma report, occupational asthma may develop in persons with no previous history of chest disease and can sometimes persist after exposure to the causal agent is removed.
Some occupations common to people living below the poverty line may pose high-risk and may include baking, woodworking, farming, exposure to laboratory animals, and use of certain chemicals, notably paints containing isocyanate. One of the most widespread “occupational” exposures is to chemical cleaning agents, both in workplace and domestic settings.
Recommendation
Parents and guardian of children living below the poverty line need to help to reduce environmental exposures and aid children at all levels to reduce their exposure and chances of having an asthmatic attack.

Occupational exposures provide clear examples of remediable causes of asthma. Parents in such high-risk occupations (Baking, woodworking, farming, exposure to animals, and use of certain chemicals, such as paints containing isocyanate)
Terms of Use

News
2,400 babies suffer brain damage – Zika – mosquito-borne virus
When is the best time to have your first child?