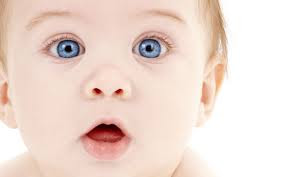 The host of the 2016 Olympic Games, “Rio de Janeiro”, in Brazil also effected with mosquito-borne virus responsible for brain damage in 2,400 babies

The Brazilian health ministry report 2,400 cases of babies born in 2015 with abnormally small heads.
On Nov 28, Brazil’s health ministry disclosed that it had found the virus responsible for a rare condition in which infants are born with shrunken skulls. The virus named Zika was found in a baby with microcephaly during an autopsy after the child died.
According to the Brazilian health authorities, a mosquito-borne virus is believed to be the cause of thousands of infants being born with damaged brains. Reports given, traced the origin of the pathogen, “Zika” to forest monkeys in Africa over 70 years ago. The virus causes mild symptoms in most victims, but can cause neurological damages or even lead to death.
Over 20 of the nation’s 27 states have recorded the condition. 1,031 cases and three deaths in Pernambuco, 429 cases and five deaths in Paraiba and 271 cases and 10 deaths in Bahia accounts for some of the highest incidence.
The coordination and control rooms combating the microcephaly across 18 states intend to mobilize and intensify actions to combat the Aedes aegypti mosquito responsible for the three viruses; Zika, dengue fever and Chikungunya.
About the Zika virus
In an interview with CNN, a pediatric infectious diseases specialist(Angela Rocha,) in Pernambuco, one of the hardest hit states, suggested that women may want to refrain from getting pregnant.
Preventive measures being used by Brazil
Terms of Use

News
Multi tasking with your teeth is an Abuse
Could Being Black or Poor Be Associated with Asthma in Kids?